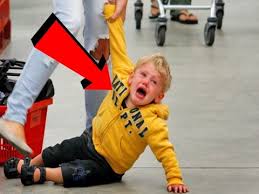 My book Go Do Say Give is about following Jesus each day, and living out your desire to yield your life to God and his will. But sometimes it feels like we’re more resistant in that journey than we are cooperating.  Maybe you feel like “Johnny” here at the mall, who’s just tired of the whole thing and wonder if any of this can really work for you.

I think most people who “surrender to Jesus” really mean it. I mean, sure, maybe for some it comes from a moment of peer pressure.  But for most, they may just lack a certain understanding of what comes next. I think many try hard for a few days or weeks to “make changes”, but when they fail, they feel like a hypocrite and just drift away out of shame, feeling unworthy. Some people honestly just get overwhelmed with the busyness of life, and that inspiration about a life spent walking with Jesus begins to fade. In time, they begin to follow other voices, or maybe just wander through life hearing no clear voice at all.

My own journey hasn’t been one of being in constant touch with and surrender to Jesus. We are all kept by God and held on to by Him, more than the other way around. When we are faithless, he remains faithful. So here’s a few thoughts from the story of the disciples as they followed Jesus that may help think about growing in our trust in Jesus as we follow him each day.

Jesus’ first miracle was changing water into wine at a wedding in Galilee.  He had recently been baptized by John and while there given some of his future disciples a simple invitation to “Follow me.” To do that there had to be a certain level of belief in him, right? Perhaps there was a combination of curiosity and belief; i.e. “this is the Messiah, but what does that really mean?”  Jesus wasn’t satisfied with the initial level of belief. He wanted their trust in Him to grow and be properly focused on his true identity as Lord and Savior, God and King, his whole nature.  Not just the latest and greatest rabbi with a following.

After he changed the water into wine, it says in John 2:11 – “This, the first of his signs, Jesus did at Cana in Galilee, and manifested his glory.  And his disciples believed in him.”  And for the next three years, Jesus performed signs and miracles that the disciples and other followers saw and experienced firsthand.  But even so, at times while they followed him, they struggled with belief.  Some of the unnamed followers of Jesus even turned away from him when his teaching pushed to break their paradigm of what they wanted him to be. At least once Jesus said, “How is it that you have no faith?”  They were following, but not believing. Or at least struggling with believing fully…which I resemble quite often.

Later in John 2, Jesus disrupts the religious status quo by driving people out of the temple who were making a profit out of worship.  (That never happens today, right? People don’t steal money off of others good religious intentions…) Jesus’ righteous action was the beginning of the end for the ruling religious class who ultimately reject him outright. He was not their kind of Messiah. But it says in John 2:23, that at that same time, “many believed in his name when they saw the signs that he was doing”.  The story goes on to say that while many trusted Jesus, he did not trust in the people, because he knew what was in man.

What an odd commentary to throw in. Jesus didn’t trust others. He knew what people are like on the inside!  Wait, that’s me again.  He knows we can be fickle-followers, and often we will be, looking for yet another “reason” or “sign” to believe.

So I think two things are happening at the same time when we “follow Jesus.” We are growing to trust him more AND we are failing to trust him as much as we can.  We are learning that we can trust him, and yet many times we are not believing, or wandering, or just plain numb to what he is doing. I’ve told others, I always follow closely to Jesus, except when I don’t.  And then he reminds me that I’m not believing him (called conviction – not condemnation, but that’s another topic).

We’re all the kid in the mall who is dragging his feet, tired of following his mom.  She walks, then waits. The kid stops and won’t come. Maybe cries and throws a fit. Maybe turns and runs.  Mom is embarrassed and mad (God isn’t, he knows what’s inside of us, remember?) and goes and picks up Johnny until he can settle down.

God is patient.  He knows we’ll fail to follow well, and believe in him.  He also knows we’ll grow in our faith.  And he wants us…to be there for us, and with us.  Because of a father’s love that is deeper than we can understand.

So, if you’re not following and believing like you want to right now, don’t get down on yourself.  Don’t get mad and quit.  Don’t throw a fit in the mall…but if you do, know that Jesus isn’t going to get embarrassed and just leave you there.  He’s patient.  He knows the seed planted in your heart is growing, but that this is going to take time.  It’s okay.  He made time, so he’s got the time you need.  Be kind to yourself by accepting his forgiveness.  No shame. And start following again.